Non-profit organisation VincentCare Victoria is offloading one of their North Melbourne properties for between $10 and $11 million.

The 3062-square-metre site at 68-74A Chapman Street has a permit for 19 townhouses but could also be redeveloped into aged care and retirement or short-stay accommodation.

It is currently occupied by Bailly House, a two-storey building that provides accommodation for people experiencing homelessness. It also had an aged-care home component which stopped operating in 2015.

VincentCare is selling the block to fund the new $47 million, 11-storey Homeless Hub and Resource Centre under construction at 179-191 Flemington Road. That property backs onto the Chapman Street site and the wider site will be subdivided.

The project was last reported to be 87 per cent funded in June and is expected to be complete in March 2019. 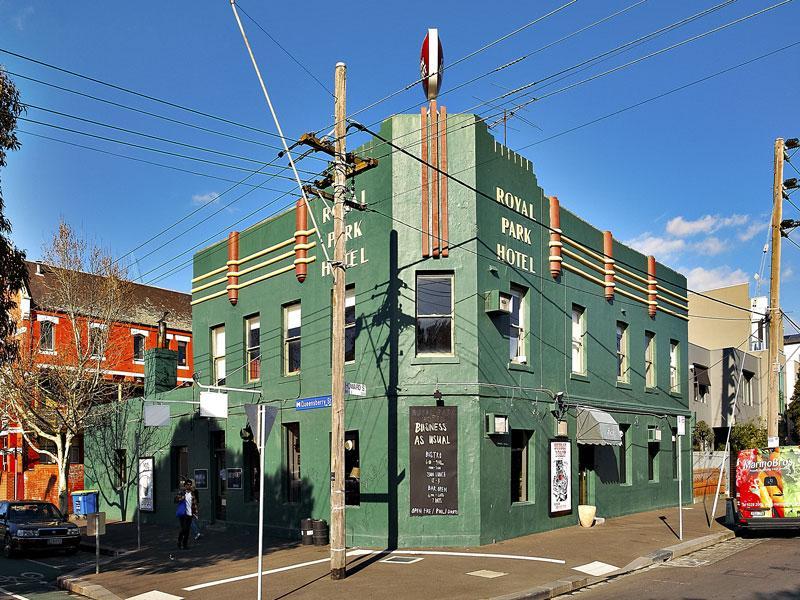 The site where the former Royal Park Hotel in North Melbourne was demolished has sold for $2,908,000. Photo: Supplied

“It’s got a permit for townhouses, it also enables you to do a residential apartment development and also you could do aged care on the site, you can do childcare, so there’s different uses you could look at.”

The site also includes two heritage-listed semi-attached residential properties, which Mr Minty said could be adaptively reused or integrated into future developments, or sold off.

“That means it doesn’t negate you from the ability of demolishing part of the rear, you could keep the front component of the built form and integrate that within any future development,” he said.

“Or alternatively you could look at divesting those. If I was looking at buying the site, I’d develop the 19 townhouses and then I’d sell off the two residential properties separately.”

Mr Minty said buyers priced out of Richmond were coming to North Melbourne.

“The government’s pumping a lot of money into it so it’s creating a lot of excitement. We sold a property in Kensington only a week ago for $30.3 million, that was along Macaulay Road which seems to be a really exciting pocket in Melbourne.”

Not far away, a 362-square-metre vacant site at 399 Queensberry Street, North Melbourne, with permit for mixed-use development sold for $2,908,000 under the hammer. The former Royal Park Hotel used to stand on that site before it was demolished.

Expressions of interest for 67-74A Chapman Street – which Mr Minty is selling with Julian White, Josh Rutman and Chao Zhang, as well as transaction advisers Ernst and Young – closes on September 27.

How to choose the right colours for your office