Infrastructure provision in Australian cities, especially for transport, is in crisis. Our cities are growing rapidly, they are congested and they lack planning direction.

The crisis has been elevating for some time. It has many origins – most notably in the aggressive paying down of government debt under four successive Howard governments. Between 1996-97 and 2006-07, net Australian government debt fell by more than $125 billion. With the sale of Telstra, a further $50 billion was made available to establish the Australia Future Fund.

Phillip O’Neill, of the University of Western Sydney. Photo: Twitter

There are good arguments for lowering public debt and setting aside savings to cover liabilities for public servant pensions. However, under the Howard government, actions to enhance the liveability of our cities were not given spending priority.

A continuing story of rising debt

The election of a Rudd Labor government in 2007 came with the promise of major infrastructure spending on our failing cities.

Instead, a global financial crisis led to the federal government balance sheet exploding with debt to fund massive spending injections and shovel-ready infrastructure projects, especially in the education sector. By the end of the 2013-14 financial year, net Australian government debt exceeded $200 billion.

Malcolm Turnbull in Melbourne after speaking at the Smart Cities Summit in April. Photo: Joe Armao

The Abbott Coalition government eased back on spending with non-metropolitan roads spending preferred to the urgent refits our cities cry for. Now the 2016-17 budget papers tell us debt will exceed $325 billion in the coming financial year, or 18.9 per cent of GDP. That is Australia’s highest debt ratio in modern times.

When the Howard government was elected in 1996, Australia had just over 18 million residents. Since then another six million have been added; all are urban dwellers.

In this 20 years, Sydney has grown by one million people and Melbourne by 1.2 million; yet neither city has been the target of significant transport infrastructure spending by government. The major transport investment in each city has been by the private sector on motorways.

Look closely at this recent history and perhaps the logic of the City Deals initiative becomes clear. In 1994, the Kennett Coalition government granted Australia’s first tolled-motorway concession to the CityLink consortium.

Motorway deals in New South Wales and Queensland, for all their start-up failures and hiccups, have reproduced the CityLink model in three major ways.

First, they have used private finance to pay for the capital investments required.

Second, users must pay tolls to use the service the infrastructure provides, which, after deducting the minimal operating costs needed to keep a road open, forms the basis of a reliable return to private investors over many decades.

Third, and unlike the operation of a public transport system, the user fully bears the costs of providing and running a vehicle on the motorway.

Not surprisingly, cash-strapped governments have encouraged motorway investments in our cities and remained wary of new public transport investments. The latter depend heavily on public finance – and are also hideously expensive to run with low cost recovery from fare revenues.

So what about City Deals?

In announcing City Deals as part of the Smart Cities Plan last week, Prime Minister Malcolm Turnbull said that the days of the federal government acting as an ATM for the states’ infrastructure spending were over. This seems a most peculiar warning given the major role of the Commonwealth as a collector of taxes and their efficient deployment.

But if direct federal government spending on infrastructure is scaled back in favour of encouraging private finance into the void, then the rules of financing and funding infrastructure need to be obeyed. 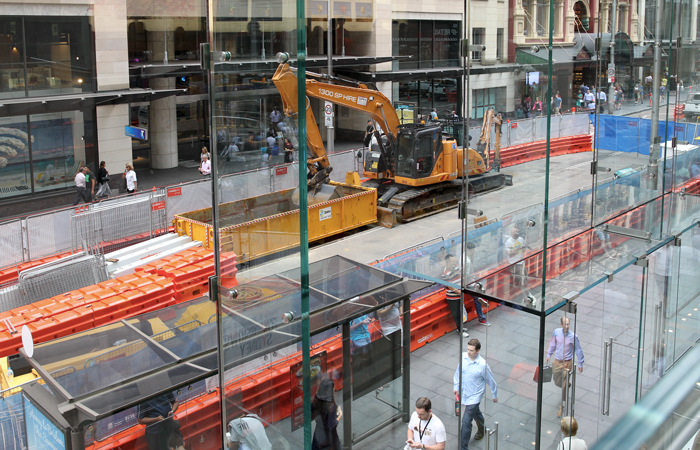 The parameters are clear. Where there is risk – be it construction risk or revenue risk – then private finance will demand government pick up the tab for cost blowouts and revenue shortfalls. Then reliable funding streams must be created to feed competitive returns to the private capital investors. Funding can only come from two places: taxes or user fees.

Funding is the harsh discipline of private infrastructure investments. Public transport deals especially will be starved of private finance because in Australian cities commuters refuse to pay the full costs of their train, bus, ferry and tram rides. But without higher fares, or continued public sector fare subsidies, private sector finance won’t be attracted.

Private infrastructure investment is a complex process, especially in multi-billion-dollar projects. The detail matters and is different in every case. Yet last week’s announcement of City Deals as a solution to the nation’s failing urban infrastructure systems was, in the end, the launch of a brochure.

Perhaps an election campaign will tell us more.

'So much hype': Why sites like this have proven resilient in a pandemic

Hermes handbags, cars and fine wine got the ultra-rich through COVID-19

Five things to remember when signing a retail lease

Why Canberra and its surrounds are appealing to developers

Event to sell $250m of non-core assets after revenue plunge

How much office space do I need?