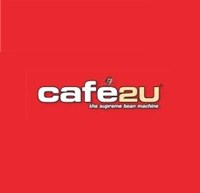 Cafe2U are a Food, Beverage & Hospitality Franchise that started in 2004. They currently operate in 240 locations and have 4 new opportunities available across Australia. 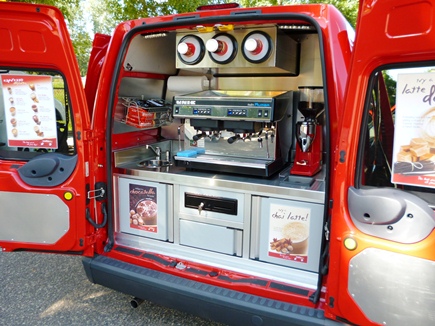 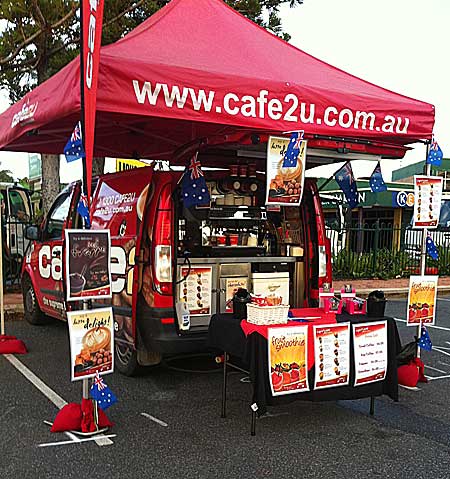 Established locations
240
Opportunities in Glendenning and 3 other locations

Cafe2U is proud to be the pioneer of the mobile cafe industry around the world, its first van launching in Sydney Australia in 2000.

In 2004 Cafe2U was purchased by its current owners, and a strategy was implemented to fully franchise the mobile coffee business and grow it worldwide.

First prototype mobile café vehicle launched in Australia on Sydney's northern beaches. It was with this first vehicle that the mobile café concept and potential profitability of this new style of business model were tested.

Cafe2U purchased by current owners, and strategy implemented to fully franchise the business. Process involved restructuring and repositioning the business for longevity including:

Design and feel of the Cafe2U brand
Development of the culture and core values of the brand
Defining the key products offered within the model
Development of the franchise documentation, operational manuals and territory modelling systems
Franchisee training modules
System food safe accreditations
2005:

Mobile coffee business franchise model was complete and Cafe2U was relaunched in the Australian market with 12 franchisees, all of which were Sydney based.

Proof of concept commenced in Leeds in the UK with a view to expand the brand internationally.

Franchisee family grew to 50 in Australia and 6 in the UK.

In June the Master Franchise for the USA was signed and training of USA franchisees commenced.

For the second year in a row, Cafe2U Australia rates as number 15 on the BRW Fast Franchises survey (number of outlets). This makes Cafe2U the fastest growing coffee franchise in Australia

2014: In 2014, the Cafe2U network has grown to more than 240 Franchises Worldwide. Cafe2U will continue to expand in the years ahead with agreements already in place to establish the brand in South Africa. 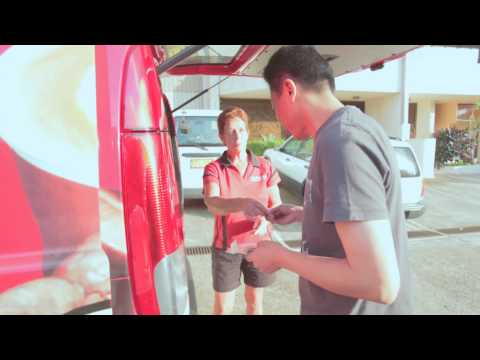 In response to the common question: "how do I get started?", Cafe2U has developed the Acceleration Package to help you make the most of your coffee franchise opportunities.

Already successful in launching over 100 franchises around Australia, the Acceleration Package provides new Franchise Partners with:

An income guarantee for the first two weeks of business.
A Franchise Development Manager (FDM) – a personal coach and mentor to help you get up and running and build your business for you.
After 2 weeks of training (1 week in the classroom and 1 pre-work), your FDM will spend a further 2 weeks working with you in your territory to show you the steps to build a sustainable business, right from the moment you climb into your Cafe2U mobile coffee van.

“I will always have the memory of my first day solo & having the best fun ever! My kids say I’m happier....my partner has noticed the difference.....and above all....I love my job!” Jack Richardson, Cafe2U Erskine Park, NSW

The Acceleration Package means that Cafe2U Franchise Partners benefit from the rewards of business ownership and capitalise on franchise opportunities sooner.

Follow your dream of business ownership with the support of Australia's first - and now the world's largest - mobile coffee franchise in the fast growth coffee industry. Cafe2U provides opportunities for small business entrepreneurs who deliver great coffee and food to businesses, events and functions.

Over 100 Australians are now running their own successful mobile coffee van business using Cafe2U's mobile coffee franchise system without the hassles of landlords, staff or rent.

Recently awarded best value franchise system by Smart Investor Magazine, a Cafe2U Franchise has no hidden costs including the Mercedes Benz van, all inclusions and set up costs.

All exclusive territories have equal business opportunities, the variation depends on how many hours you wish to work. The difference is entirely up to you.

The model is built around the working week, so revenue from events and weekend activities can significantly increase earnings potential. 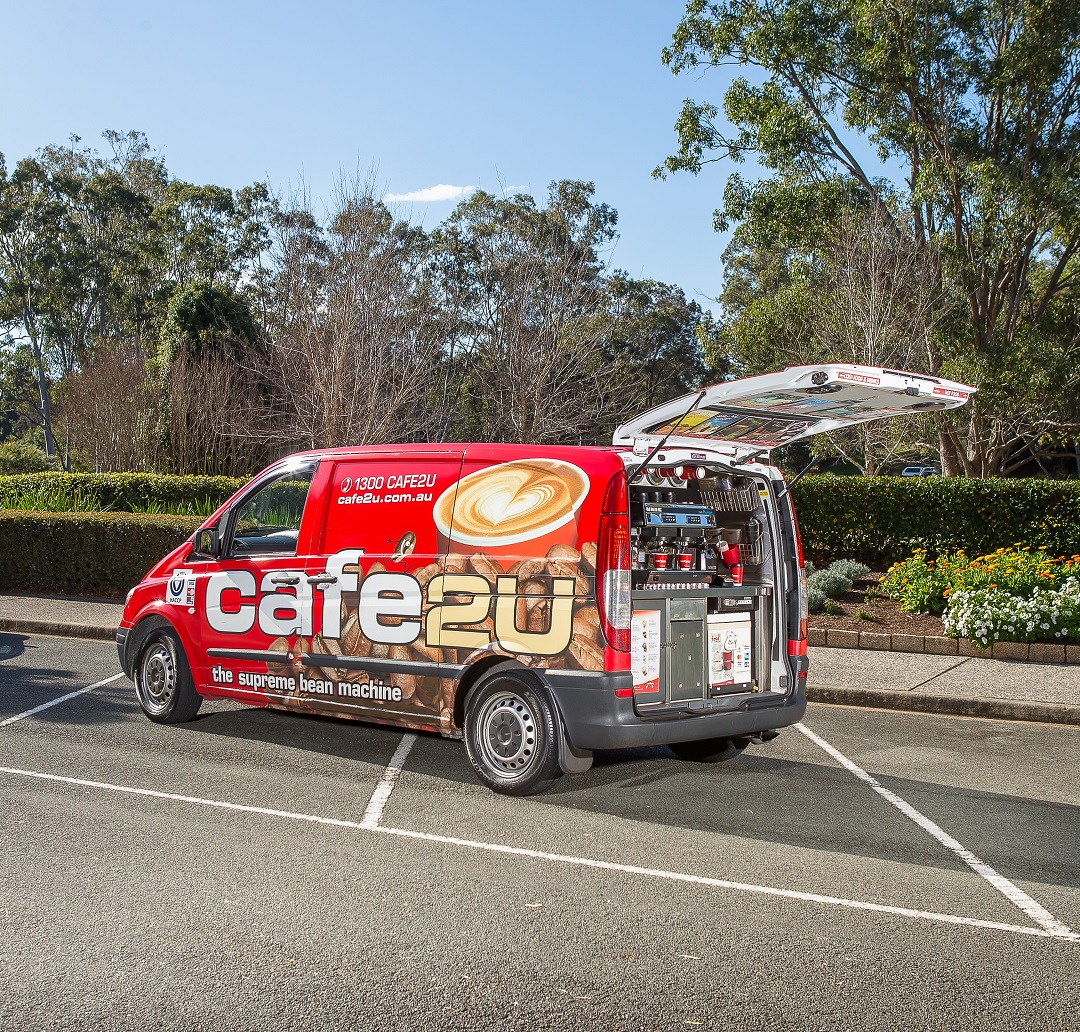