Boost Juice are a Franchise that started in 2000. They currently operate in 480 locations across Australia. 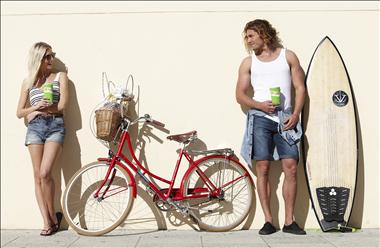 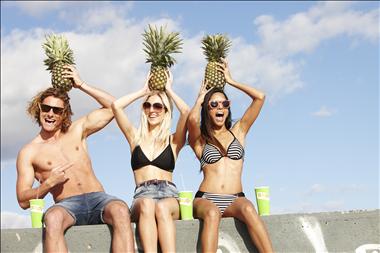 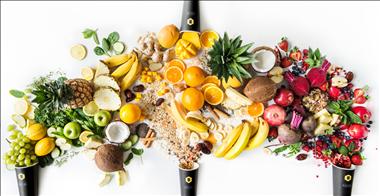 Boost Juice is one of the world’s most famous and loved smoothie and juice brands.

During a radio conference trip to the United States with her husband, Jeff Allis in 1999, the booming smoothie and juice industry caught Janine’s attention. Upon her return to Melbourne, she studied the local retail sector and observed that there were very few healthy fast food choices in the Australian market. Janine started to develop a business concept that was different to anything else in the world. Her vision was to “do retailing differently” and deliver a unique customer experience based on the “love life” philosophy.

With the financial help from friends, Janine and Jeff opened their first Boost Juice store in Adelaide’s King William Street in 2000. Their decision to open their first store in Adelaide was a pragmatic one; as a smaller market (like Adelaide) presented as a less financial risk. Janine continued to successfully control all operations from her kitchen table in Melbourne. She consulted with nutritionists and naturopaths to create a menu of healthy smoothies and juices that were free from preservatives and artificial flavours and colours.

The success of their first store, allowed Janine and Jeff to open additional stores in Adelaide’s Topham Mall, Marion Shopping Centre and Melbourne’s Chapel Street. By June 2004, (with more than 100 outlets Australia-wide), Boost Juice purchased rival chain Viva Juice. Janine’s strategy was to rebrand the outlets as Boost Juice bars and sell the newly branded stores to franchise partners. This meant that during September 2004, one new Boost Juice store opened nearly every day.

In 2005, Boost Juice was voted one of the top three most admired franchises in Australia. In the same year, the business was awarded the prestigious ‘American Express Franchisor of the Year’ award. Another successful year for Boost Juice (2010), saw the Riverside Company become the first major investment group to buy a significant share in Retail Zoo Pty Ltd (the holding company of Boost Juice, CIBO Espresso and Salsas Fresh Mex). Janine also participated in Network Ten’s Australian series of ‘Undercover Boss’, which was filmed at both company and franchise-owned Boost Juice stores in Perth, Sydney and Melbourne. In 2014, Bain Capital (one of the world’s leading private investment firms) in partnership with Jeff and Janine, bought out the Riverside Company’s share in Retail Zoo.

In December 2015, Boost Juice won three awards with the Franchise Council of Australia, in addition to Janine being inducted in to the Hall of Fame. Boost Juice was awarded ‘Australia’s Established Franchisor of the Year’, the ‘Excellence in International Franchising’ and Regional Franchise Winner NT/ QLD’ awards. Boost was also a national finalist in the Multi-Unit Franchisee of the Year’ category. 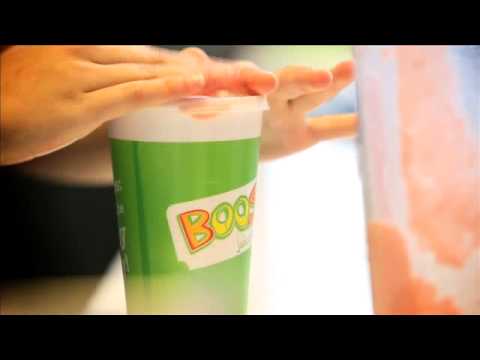 Do you embrace the love-life philosophy? Do you share our passion for health, mind and body?
Our recruitment process ensures that all new franchise partners in our network are the ‘right fit’ for our business.

1. The completion of the online Expression of Interest Form.
2. The completion of your Application Form and receipt of your $2,200 fully-refundable application fee.
3. We contact you for a telephone interview.
4. If successful post the telephone interview, we issue you with a Confidentiality Agreement and Deed of Undertaking.
5. We then issue you with our Network Sales Figures, Financial Planning Guide and Operational Questionnaire.
6. We meet each other for a face-to-face interview.
7. We issue you with a Franchise Kit (contains an example Disclosure Document and Franchise Agreement).
8. We put you in-store for an experience day.
9. We issue you with a Company Kit and Financial Diagnostic Form.
10. Due Diligence Update.
11. We contact your references (one personal, one professional).
12. We invite you to attend a Final Panel Interview.
13. You’re now a Boost Juice Franchise Partner. Franchise Documents are issued.
14. You’re training is scheduled to be conducted prior to the opening/ settlement of the store.

Boost Juice is seeking enthusiastic individuals who are passionate about tasty, healthy food options and personify our ‘love-life’ ethos.
As a Franchise Partner at Boost, you will be supported by a dedicated team of experienced professionals and proven systems and processes to help you realise your business goals.
Take the steps to join one of Australia’s most loved brands today! 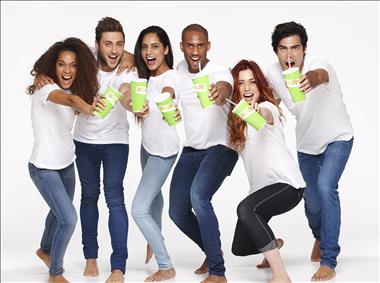